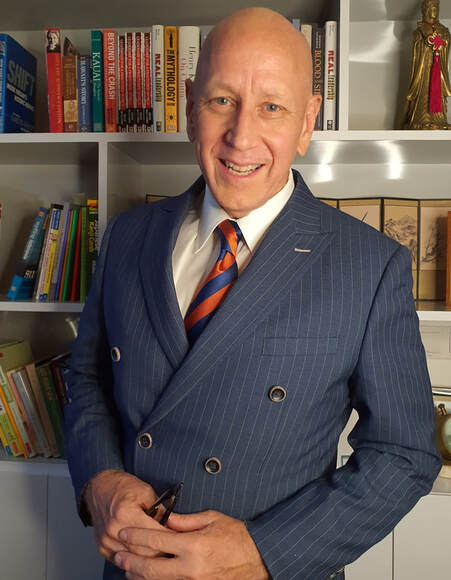 ​Dr. DEAN WILLIAMS
Dean is president of THE LEADERS COMPASS and the author of Leadership for a Fractured World: How to Cross Boundaries, Build Bridges, and Lead Change, and Real Leadership: Helping People and Organizations Face Their Toughest Challenges.﻿

Originally from Geelong, Australia, he was a faculty member at Harvard University's Kennedy School for two decades.  At the Harvard Center for Public Leadership he ran the World Leaders Project – an initiative that drew lessons and insights on leadership from successful (and many unsuccessful) world leaders. He was also the creator and chair of the popular Harvard executive education program, The Global Change Agent. At the university he was the recipient of the prestigious Carballo Award, given to a select few for teaching excellence and contribution. Thousands of students have attended his courses.

Dean has conducted research, spoken on leadership, led training programs, and facilitated large scale change initiatives all over the world--in the United States, Australia, Africa, Europe, South America, the Middle East, and Asia. He has worked with many corporations, international organizations, and governments. He helped Madagascar, one of the poorest countries in the world, to pursue a rapid development strategy, serving for five years as the Chief Adviser to the President. He also advised the leadership team of East Timor, helping them transition from a war-torn country to a free and functioning democracy. For more than a decade he has contributed to the building of leadership capacity of the Singapore government and social sector as director of the popular Social Leadership Singapore program. He has also worked with a variety of multi-national corporations in building their leadership strength to ensure that they become genuine "global" companies that can harness the talent and capability of their people all over the world. And, for four years he was the lead consultant to Suncorp Australia, the large banking and insurance company, orchestrating their highly successful organizational transformation process.

Dean earned both Master’s and Doctoral degrees from Harvard, specializing in leadership development and organizational change.  In his younger years, after high school, he worked on the factory floor of Ford Motor Company. He later worked for the State Electricity Commission of Victoria, based at the State's coal mining and power generating region. He has lived with and studied rain-forest dwelling tribes in Borneo, researched leadership development practices in Japan, and is now studying and writing about leadership, creativity, and innovation with lessons from Silicon Valley and the Italian Renaissance.  He created THE LEADERS COMPASS to promote his ideas and contribute to the building of leadership capacity for our complex, crazy, volatile and unpredictable world, one that is filled with danger but also unprecedented opportunity. 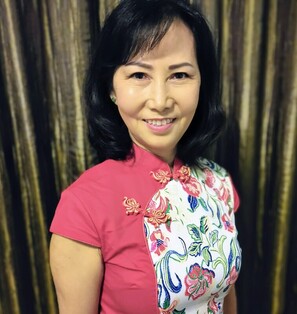 .
Dr. ROSIE LIM
Rosie is the Executive Director of THE LEADERS COMPASS Pte. Ltd. She is from Singapore but studied in the United States, earning both her Bachelor's and Master's degree from Harvard, and a doctorate from Columbia University where she specialized in adult development and leadership. She also holds a master's degree from Monash University in Australia with a focus on international education. For five years she worked at Harvard Graduate School of Education's Office of School Partnerships, managing the Boston-Harvard Leadership Development Initiative.  She was also a teaching fellow to the renowned cognitive psychologist Robert Kegan, and a research assistant for a project on human development at the psychology department at Harvard. Rosie has also worked in administration for international research projects at the University of Queensland in Australia.

Rosie has lived and worked in Madagascar, where she focused on women's issues, conducting research to bring focus to the leadership challenges of empowering Malagasy women politically, socially and economically as leverage for poverty reduction. Her efforts culminated in the set-up of the Vice-Ministry of Women Affairs. She also co-led a volunteer group of local and international women to help a school for street children and to build schools for impoverished villages. She has also conducted research in Myanmar, where she traveled all over the country interviewing government administrators, politicians, educators, and local chiefs and social leaders for the purpose of diagnosing the "adaptive challenges" facing the country and local communities.   In Singapore, for the past decade she has assisted in the design, development, and administration of Social Leadership Singapore.  She is also an adjunct lecturer at James Cook University, Singapore campus.